This book was before its time. I mean this in a sense that it is written about two fictional girls who are lesbians in the 1980s. It seems that homosexuality is more “mainstream” now versus when I was even in high school in the 90s. There are so many books and literature that is centered around gay and lesbians now as opposed to the eighties and nineties. It may have been even controversial in 1982 when it was written, but not as much in 2018. 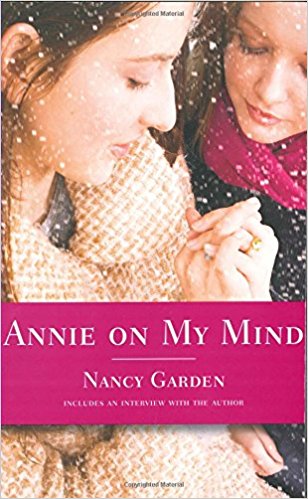 Beginning with writing a letter to a girl named Annie, Liza, a girl in high school goes through her memory of how she met Annie, a girl who became more to her than just a friend.

Liza attends a private school in New York and Annie goes to a public school that is rough and scary in comparison. The two girls meet at a museum one rainy day where they exchange information and become fast friends. Liza is the student body president for her school and is dealing with stuff that isn’t on her normal plate. Annie makes a good diversion though and as they continue to hang out, they find they like each other more than friends. Annie tells Liza that she loves her and that she has always thought she might be gay but that she didn’t want to push those feelings onto Liza. Liza loves her back though even though they both come from very different lives and backgrounds.

In this young adult novel about love, everything is deeper than it appears and somethings are unexpected in a fairy tale life of a teenage girl.

I liked the book, and I liked hearing Liza’s inner thoughts on all things, but it was not a book that was relatable to me both as an adult or even when I was a teen myself. I think it has a very specific audience, but is a good read nonetheless.

Click on the image to visit the author’s Amazon page to find more books written by Garden. (She has books written about lots of things, including one called Vampires that looks at the history and legends of Vampires)