A girl, Melinda, begins her high school career on the wrong foot. Written from her point of view and as the narrator, you aren’t quite sure why she is being casted out by her friends and everyone else at school, but you learn quick enough.

She writes about things such as her classes, teachers, peers, home. You feel like you are actually in her shoes, you can relate to the feelings of being left out, shut down and being made fun of. Then the empathy gets stronger when you realize WHY she is now the outcast; she called the cops on a party and for that she has been ostracized by her peers. However, she did so for her sake…because of her own secret. She was raped.

Melinda is young and when she was raped, she was thirteen. She finds herself hiding and trying to cope with what happened and she thinks that if she can be quiet about it, and ignore it, it will eventually go away and she’ll feel whole again. But we all know that’s not how healing works. She is doing terrible in school, her parents are wrapped up in their own affairs and the one “friend” she has isn’t really a friend at all. She enjoys her art class and her teacher, Mr. Freeman, seems to recognize that she has pain but she doesn’t reveal it until the very end.

This book was such a great read. I felt myself, even at 33, captivated by how it was written and kept wanting to read in hopes that Melinda would get justice and peace…enough to let her start putting the pieces of her life back together. 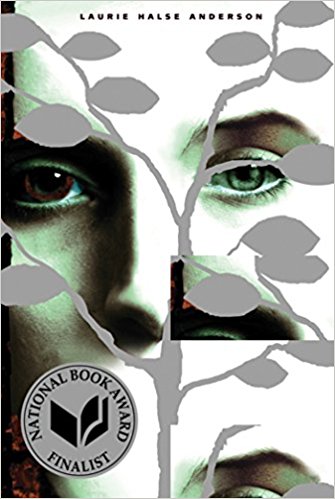 Another book that is similar to Speak is The Way I Use to Be by Amber Smith.

Click on the image to visit the author’s Amazon page to find more books written by Anderson.

This book was a National Book Award Finalist.

One thought on “Speak”